This article regarding ankyloglossia raises an eyebrow; surely it’s just a snip isn’t it? Seemingly not. The authors describe two types of tongue tie – the first being posterior, with the frenulum being short and tight, the second being anterior, where it is abnormally attached to the ventral surface of the tongue anteriorly. The evidence regarding undertaking the procedure is not really discussed, which would have been helpful in clinical settings when discussing the options with parents. Recurrence from scarring is also mentioned but the incidence is omitted, leaving the reader wondering how much of a problem it really is. The straightforward frenulotomy (or -ectomy) is explained, with intraoperative photographs. They encourage blunt dissection once a cut has been made to avoid damaging the veins on either side of the frenulum and breaching the muscle. They then proceed to explain a horizontal to vertical frenuplasty, a Z-plasty (two flap technique) and a W-plasty (four flap technique). These are all based around plastic surgery techniques for releasing scar contractures. Diagrams are used to explain the various techniques. However, advice is lacking in which cases these techniques should be adopted (anterior or posterior – or doesn’t it matter?) It would seem that in children the frenuloplasties would be significantly more painful than a simple ‘snip’, and I wonder whether these techniques should only be reserved for repeat procedures for re-scarring. A useful paper but some more clinical information would have improved it. 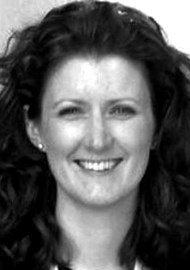