Whilst rare, squamous cell carcinoma is the commonest primary malignancy of the temporal bone and is discussed in this review article. This tumour frequently presents with otalgia, ottorhoea and hearing loss; less commonly, with facial palsy or parotid mass. Investigations typically involve audiometry, biopsy, PET CT and MRI which allow bone invasion, perineural spread and metastatic disease to be identified. There is no accepted staging system for this disease but the Modified University of Pittsburgh Staging system is proposed here. Essentially, early disease (T1/T2) has either no, or limited bone erosion. Advanced disease (T3/T4) has full canal thickness erosion with limited soft tissue involvement, or tumour eroding into important local structures with extensive soft tissue involvement. The staging for the neck is the same as for mucosal SCC. The surgical resections are discussed including lateral, subtotal and total temporal bone resection. Parotidectomy and neck dissection is controversial but should be considered based on stage. Two papers are quoted supporting the need for clear margins at resection, those patients with clear margins have at least double the disease free survival at two years. Postoperative radiotherapy is offered to patients with T2, T3 and T4 disease which is likely to represent all cases. 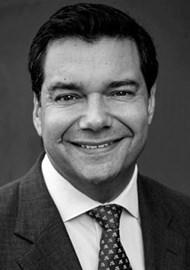