If you thought reaching the brain through the nose was extreme, Darlene Lubbe describes transorbital neuroendoscopic surgery (TONES) in which she uses the orbit as a surgical pathway to reach previously inaccessible areas allowing multiple trajectories of approach, improving visualisation and lesion manipulation. This new approach has resulted in the discovery of new endoscopic anatomy of the orbit, not described in the ENT literature. Prof Lubbe will describe her experience at ERS2018.

Using the orbit as a surgical pathway to the lateral third of the skull base allows access to previously inaccessible or difficult-to-access areas. These portals also provide excellent access to certain areas within the frontal and sphenoid sinuses that are difficult to reach with traditional endoscopic transnasal surgery.

Kris Moe and his team from the University of Washington were among the first to successfully use transorbital portals to manage lesions involving the orbit, the anterior skull base and middle cranial fossa. Each bony orbit provides four portals, and with the nose providing two portals for manipulation of an endoscope and surgical instruments, ten portals are available to be used in various combinations. This allows for the target area to be approached from different trajectories, improving visualisation and lesion manipulation.

“Until recently the orbit had been seen as ‘No man’s land’ – an area left unoccupied, not claimed, sometimes causing dispute between ophthalmologists, otolaryngologist and neurosurgeons because of fear and uncertainty.”

Until recently the orbit had been seen as ‘No man’s land’ – an area left unoccupied, not claimed, sometimes causing dispute between ophthalmologists, otolaryngologists and neurosurgeons because of fear and uncertainty; uncertainty about the anatomy and fear of damaging neurovascular structures or muscles that would lead to visual impairment in a patient who often has few ocular symptoms.

There is no doubt that superior visualisation is obtained using an endoscope within the orbital cavity. A similar evolutionary progression is emerging as was seen with the advent of endoscopic sinus surgery. The endoscopic anatomy of the eye is being described in new textbooks, with structures being rediscovered by surgeons who had been accessing these areas without appreciating structures not previously described in the ENT literature. A good example of this is Horner’s muscle – a little muscle in the medial aspect of the orbit that directs one to the anterior ethmoidal artery [1] (Figure 1). The anatomy and function of this muscle was not appreciated by otolaryngologists when doing a Lynch-Howarth approach to the medial orbit. Figure 1. Transorbital endoscopic images showing Horner’s muscle, the AEA (anterior ethmoidal artery), and the medial rectus muscle as seen through a medial approach and the supraorbital nerve through a superior approach.

Four transorbital pathways allow otolaryngologists, ophthalmologists and neurosurgeons to access the orbit for intraconal and extraconal lesions, the paranasal sinuses and intracranial tumours [2,3].

The medial (precaruncular) portal provides easy, quick and safe access to the anterior and posterior ethmoidal arteries. For intractable epistaxis secondary to nasoethmoid fractures, this approach avoids an external incision and allows for quick recovery without the need for suturing the wound. A medial 180 degree optic nerve decompression can be performed by either an ophthalmologist trained in endoscopic techniques or by an endoscopic sinus surgeon. This approach can also be used for medial decompression in thyroid eye disease. The advantage of the precaruncular approach is the potential to preserve normal paranasal sinuses and provide a slightly different trajectory to that obtained by the transnasal route.

A contralateral precaruncular approach gives excellent access for repair of a cerebrospinal fluid leak secondary to a Sternberg canal defect in the lateral wall of a well-pneumatised sphenoid sinus. Even with the traditional transpterygoid approach, visualisation and manipulation of instruments in a very lateral defect can be difficult and palatal numbness is often a consequence of the surgery due to dissection through the pterygopalatine fossa. The contralateral precaruncular approach allows for direct visualisation of the defect using a zero degree 4mm endoscope. Conventional straight instruments can reach the defect, (in our first case, this was found to be 83mm from the medial canthus of the eye).

“The value of the 10 surgical portals is the fact that they can be used in many combinations to address specific areas that have been previously difficult to access.” Figure 2. The lateral approach (right eye) demonstrating the temporalis muscle laterally, the bony tunnel with dura superiorly and posteriorly and the periorbita medial to the ribbon retractor.

The lateral portal can address pathology of the lateral orbit and will most likely supersede a lateral bony orbitotomy for procedures that require removal of the lateral orbital wall. The advantage of this approach is that the orbital rim is left intact, obviating the need for reconstruction of the rim using plates. All three components of sphenoid wing meningiomas can be managed using a single lateral endoscopic approach [4]:

Three surgical incisions are available to the surgeon contemplating a lateral approach. The choice of incision depends on the indication for surgery.

The superior eyelid crease approach provides good access to the superior orbit to remove orbital lesions, the frontal sinuses and the anterior cranial fossa. Repair of the orbital roof is mostly not indicated and the pulsation of dura on the orbital contents settles within two weeks. It is often impossible to access the lateral aspect of a well-pneumatised frontal sinus through the nasal cavity, even with an endoscopic Lothrop operation. The superior portal can therefore be used in conjunction with a transnasal approach for lesions / defects involving the lateral frontal sinus. This approach has been used to remove plexiform neurofibromas of the eye, haemangiomas, cystic lesions such as hydatid cysts and encephaloceles and to repair CSF-leaks arising from the frontal sinus or anterior cranial fossa. Neurovascular structures such as the supratrochlear nerve and recurrent branch of the middle meningeal artery can be identified with clarity (Figure 1).

The inferior approach is useful for blow-out fractures of the orbit, especially in cases where the extraocular muscles are entrapped. The transconjunctival incision is made onto the rim of the inferior orbit, a minimum of 2mm inferior to the tarsus. With the orbit deflected superiorly, the endoscope has a wide surgical pathway with structures such as the infraorbital canal being clearly visualised. Endoscopic visualisation allows for precise placements of grafts or plates to reconstruct the orbital floor. The value of the 10 surgical portals is the fact that they can be used in many combinations to address specific areas that have been previously difficult to access (Figure 3). Examples illustrating the combinations that can be utilised are:

Small case studies are starting to appear in the literature with few / no complications reported secondary to transorbital surgery [3]. Definite risks exist and careful dissection together with an understanding of orbital anatomy is essential for anyone keen to embark on transorbital surgery. It is important to initially work with an ophthalmologist to understand the anatomy and function of certain structures. Damage to the levator muscle for instance, can lead to ptosis, requiring further oculoplastic surgery. Damage to extraocular muscles will result in diplopia.

TONES is definitely here to stay. Great progress is being made with regards to multifunctional instruments that require less hands in a surgical portal that is often not more than 1cm wide. TONES creates an ideal opportunity for interdisciplinary interaction and management of complex and previously inaccessible orbital and intracranial lesions. 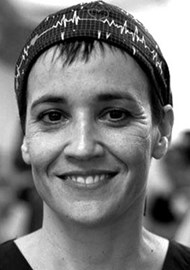